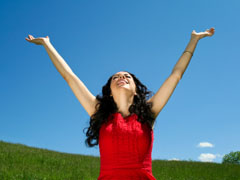 146 of measures was measured within the final phase of the project Stop bureaucracy, namely the realized measures from 2009 - 2015

Key quantitative data:
-    146 measured actions
-    - 365 million of realized savings
-    59.3 million € of potential savings
-    Reduction of regulatory burdens in the amount of more than 25% of the identified burdens
-    The largest share of the savings resulting from the measures under the jurisdiction of Ministry of Labor, Ministry of Finance and MP, amounting to EUR 244 million
-    Project costs 1.7 million € (of which, 1.44 million is funded by the European Social Fund 2007-2013)

Each euro invested in the implementation of the Programme of Action for the removal of regulatory burdens will save the economy and citizens of 215 € in terms of relieving these stakeholders.