Internet Portal Stop the Bureaucracy now for a Global Audience 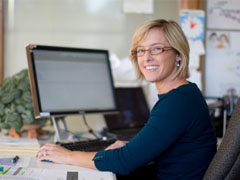 The Ministry of Interior and Public Administration of Slovenia is proud to announce the launch of the internet portal  MINUS 25(http://www.minus25.gov.si/en) also for a Global Audience.

The portal is intended for all users, national and international, because the Ministry believes that with experience/examples from everyday life, one can help reduce administrative barriers for doing business in Slovenia. In 2009 the Government of the Republic of Slovenia (RS) adopted the Programme of removing administrative barriers by 25% and analyzed the administrative barriers in regulatory systems currently in place. Due to a large number of new proposals from the professional and interested public, it became evident that an update was required. Therefore, in 2012, an updated programme “minus 25” was adopted. The new program  is even more determined on reducing both the administrative and regulatory barriers by 25%. The portal allows local citizens to contribute to the further gathering of proposals, which can reduce regulatory barriers and simplify processes. Users can express their opinion and submit suggestions/initiatives for the problems arising from rigid legislation. On the basis of collected suggestions/initiatives, an action plan for removing regulatory barriers is prepared yearly, systematically listing the actions of respective ministries, fields and rules and laying down the deadlines for implementation of those actions by the competent ministries. Slovenian politicians are aware of the importance of active implementation of legislation simplification and removing administrative barriers: the proof of this can be found in the report of the World bank – Doing Business from 2013. In that report Slovenia is ranked among the three countries of the EU which have made the most progress implementing the measures for simplification of business environment. This is the result of systematic and persistent implementation of measures from 2005 on.